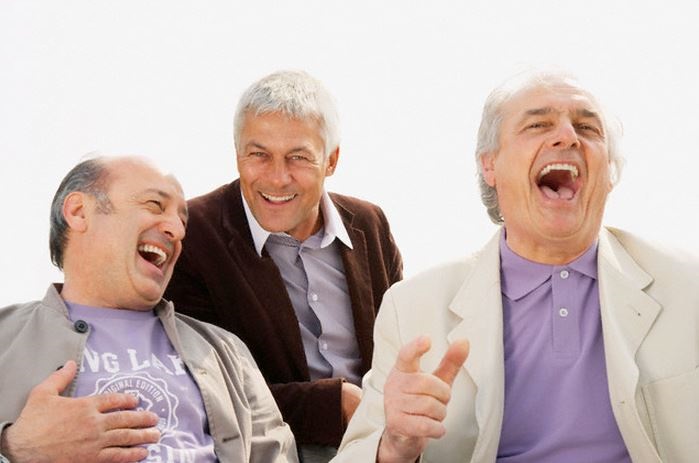 We all had that one friend who no matter how she jokes about something; you just can’t

Here we tackle as to why your joke doesn’t cut and how the hell could you sharpen it.

So you told a joke to a group of people, they laughed so hard you thought

there had been some kind of alien alarmed pushed on. You told the same joke to

another group of people, instead of laughing they looked at you so hard as if

you’re an alien fugitive that fell of his spaceship. The group of people you are

telling your joke on have a large impact to how they are to take your joke. Some

can be quite violated of what you joke about, and some find them hilarious.

Racist jokes may be a taboo to others or could be hilarious to another.

You told a joke to your friend one time, they laughed. You told it again,

she laughed but for a short period, almost unrealistic. You told it for another try,

she stabbed you even before finishing it. The funniness of all jokes told at the

same angle depreciates over time. We laugh because something unexpected

was said. It was perfectly bizarre and unpredictable. If they’ve heard your joke

before, you’re probably not going to get laughs.  You want to know a joke that has

a huge shock effect?  Sending a mail prank to one of your friends!

The funniest ones are those told in truth, usually truth of somebody else’s.

Think about those racist jokes, yes they’re funny because it happened.

Accompanied with deadpan seriousness on bizarre acts that one have done, you

have no idea if it is real or not!

stories. The vividness of the incident is what makes your audience follow your

jokes. We always love hyperboles. Like how I love my college years. They’re

great! It’s like chopping onions with a mountain of pencil erasers!

The vibrancy of the language used also gives a big impact on your jokes.

That’s why bad Bill is so funny. With his profanity, he shocks the shit out of

people. But as mentioned earlier, profanity could be received differently by

Has it surprised you yet? Joking in front of a number of people is more of

like public speaking. For example, image you have a glitter prank.  If the timing isn’t right, it wouldn’t be funny.

It could be less intimidating to some unless you’re making

your way for a stand-up comedy at Broadway with no jokes in mind. Ever

wondered why your joke didn’t stand out? It was because you were racing too

fast, you ate what you said and you swallowed almost half of your audience.

The secret of the best comedians of all time is practice. They practice their

intonation, the structure of their comedic stories, and more importantly, their

timing. Telling a good joke needs the proper beat and the proper pause.